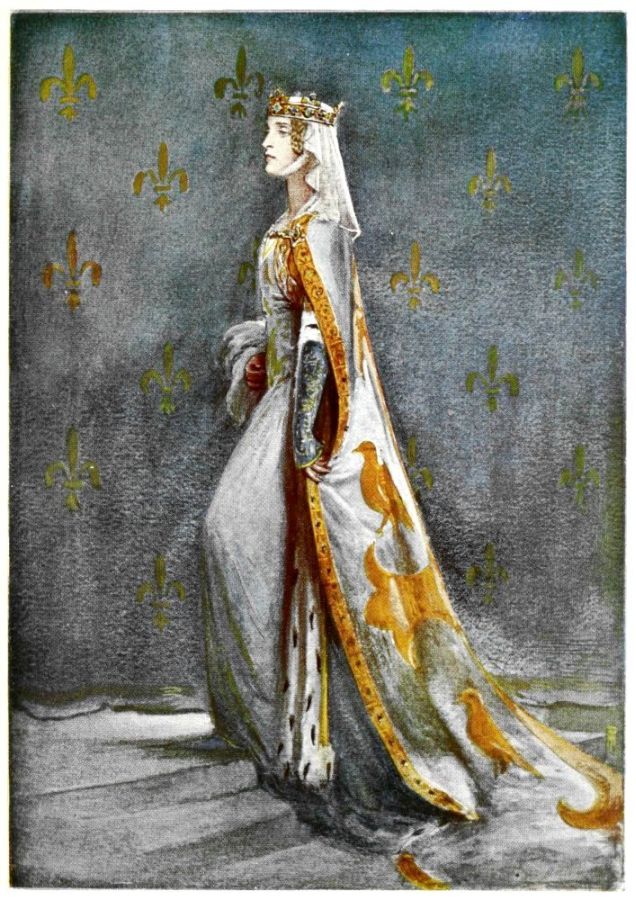 The death of Edward the Black Prince in 1376 greatly knocked the English monarchy. He had been a warrior prince, having earned distinction during the Hundred Years War. His son Richard inherited the throne in 1377 on the death of his Grandfather, Edward III. Power struggles endured owing to Richard’s young age and a demand for a suitable bride was made.

Anne of Bohemia was born in Prague to Charles IV, Holy Roman Emperor and his fourth wife Elizabeth. She was their eldest child and had numerous half siblings from her father’s earlier marriages. Charles died when she was 11 and her brother Wenceslaus took care of her. In 1381 a marriage treaty was arranged between Anne and Richard II. She arrived in England in December 1381 and they were married in Westminster Abbey on 20th January 1382. Their wedding was only the 5th ever royal wedding in the Abbey. This union was significant as the Empire of Bohemia were allies against the French. Nevertheless, it was not a popular match in England. The couple, however, were greatly fond of each of other and had a happy marriage.

As Queen of England Anne was at the centre of fashion and influence. He most notable fashion statement was the horned headdress, an incredibly elaborate piece which would have been a balls and tournaments. Richard was also influential with clothing, making popular shoes with very pointed toes. During this time, Geoffrey Chaucer was writing and was inspired by the trends of the day, much of which was established by the Queen.

Sadly Anne and Richard had no children. In 1394, Anne became ill with the plague. She sadly died at Sheen Palace in Richmond at the age of 28. Richard was so devastated that he later had Sheen Palace destroyed. Anne’s funeral was an extraordinary affair with Richard sparing no money. He had candles imported from Flanders to light the procession across London to Westminster Abbey. Anne’s body was laid to rest in a specially designed tomb depicting her and Richard. He was later interred next to her.