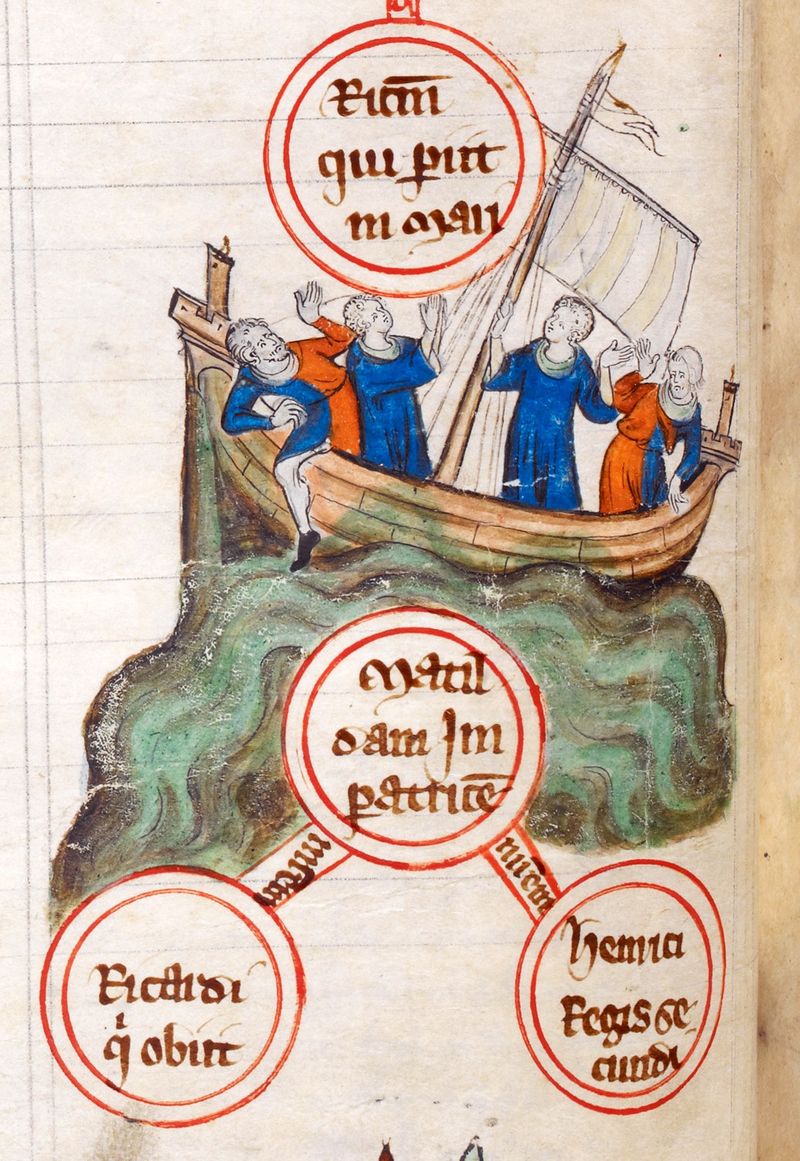 Sometimes referred to as the ‘Medieval Titanic’, the sinking of the White ship on 25th November 1120, was a major event in English history. This was due to the important members onboard this ship, most notably the heir to Henry I of England, William the Ætheling.  ‘Ætheling’ is an Anglo-Saxon term that means eligible to be king. William was the only male son, and therefore the only legitimate heir to the throne.

Henry I, son of William the Conqueror,  had fathered many illegitimate children, rumoured to be at least 20. Despite this, he only had two legitimate children with his wife Matilda of Scotland. They were William and Matilda. The heir apparent was always male, however, the eldest child Matilda had a promising future. She had a respected marriage with the Holy Roman Emperor. She was crowned Empress in St Peter’s Basilica, in 1116 and acted as the Imperial Regent in Italy.

William the Ætheling was sent to France by his father as he had been made Duke of Normandy in 1120. Normandy was still technically French and so it was considered important for him to meet the French King Louis VI. After meeting the King, William travelled to the Norman port of Barfleur to meet Henry and to travel back to England together.

However, William was given a grand offer to travel on the new beauty la Blanche Nef, (the White Ship) by the Captain, Thomas FitzStephen. This was considered highly prestigious and so William gladly accepted.  Onboard this glamorous ship, William and his entourage of aristocratic men enjoyed drinking and socialising with the crew. Henry’s ship set sail ahead of the White ship, and fuelled with alcohol and a competitive steak, the company encouraged their vessel to beat henry’s back to England. This, coupled with the disorderly departure by the oarsmen caused deviation. Leaving at speed, the ship hit a large rock a mile outside of Barfleur. This rock was easily avoided but the drunken state of the crew meant it was missed.

The sailors try and push the ship away from the rock by using hooks, however this makes it much worse, as it opened the boats sides, and the sailors are the first casualties who are washed away. The freezing conditions in late November meant that those onboard would have experience cold-water shock, and have drowned very quickly. There was only one life boat which William was hauled onto.  He is instantly whisked away, however his half sister… sees this from the wreckage and screams for him to help her. William instructed the rowers to turn back and rescue his siter, however, the many drowning people see the boat and try and get onboard. This causes it to capsize and William to drown.

The one known survivor who was able to recount the tail was Berold the butcher, from Rouen, who had managed to cling on to a mast and stay afloat. When news reached Henry, he was devastated. His son and only legitimate heir had died, and his future plans for a stable kingdom were now over.