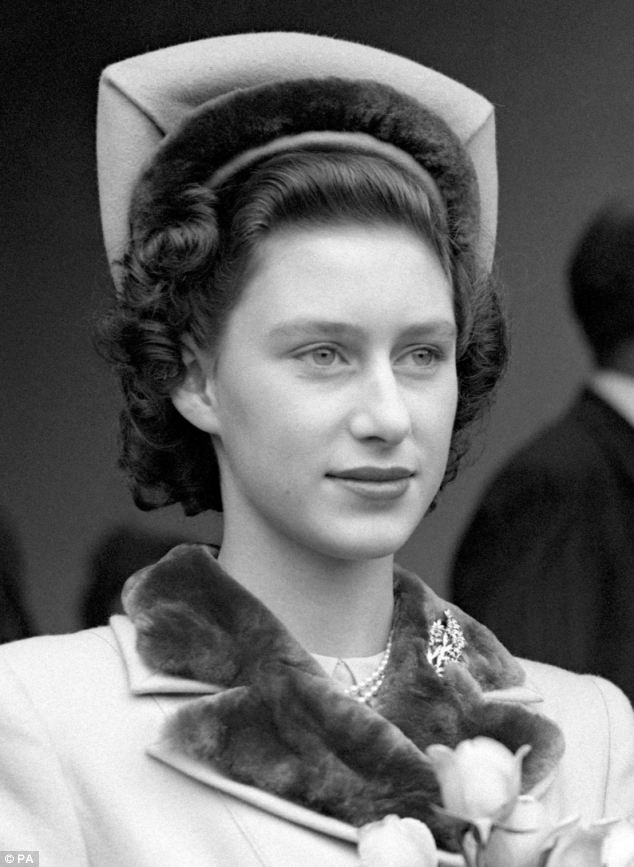 Princess Margaret Rose was born during her Grandfather, George V’s reign. She was the youngest daughter of the Duke and Duchess of York – the King’s second son and upon her birth she was fourth in line to the throne. Her Uncle, Edward – known to the family as David, was heir and therefore it was expected that ultimately Margaret and her older sister Elizabeth would be minor royals. However her life drastically changed in 1936 with David’s abdication and her father’s subsequent succession. Princess Margaret has often been regarded as a ‘Party Princess’, and a ‘royal rebel’, owing to her extravagant lifestyle, particularly in comparison to her sister. Her love life was much scrutinized throughout her lifetime and subsequent divorce. She has been deemed to have been a ‘casualty of the system’ with her death at the age of 71 has in many ways, been regarded as fairly tragic.

Margaret’s early life prior to the abdication was spent at the family residence in Piccadilly in London. Her education was limited, something she commented on later in life as a wish to have had a more thorough education. Margaret was taught alongside her sister by their governess and were not sent to school which was common for girls of their class at this time.  Her father’s accession to the throne led to a great deal of change for 6 year old Margaret, and further change was to come in 1939 with the outbreak of the Second World War.  The two Princesses were sent to Windsor Castle for the duration of the war, despite pressure from senior government ministers who wanted to evacuate them to Canada, but the Queen refused. 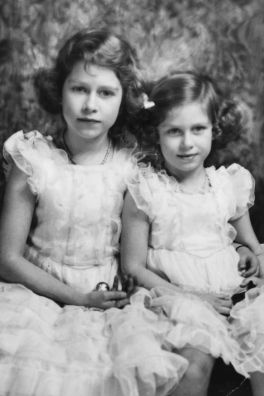 After the war, Margaret’s public image evolved from the youngest child of the king, to the glamorous ‘spare’ to the throne. As the ‘spare’, Margaret didn’t have the pressure and expectation that fell to her sister. She was able to live more carefree and her striking choice in fashion drew many admirers. Despite this, Margaret only had eyes for Peter Townsend, her father’s Equerry who was 16 years older than her. This relationship grew in 1952 with the premature death of the King who was only 56. Margaret was only 21, and found comfort in the support from Peter. She excitedly accepted his proposal of marriage, however this match was not going to last. As a divorcee, re-marriage in the Church of England was not allowed, and it was made even more difficult that Margaret’s sister was the Head of the Church! The pairing was discouraged by the government and Townsend was sent to Brussels for two years, with the hope that Margaret would lose interest. Public opinion was on their side, however Margaret ended the engagement, realising that she would lose all her rights and royal privileges.

Struggling to find a role for herself, Margaret spiraled into a world of drinking and partying. It was at a party she met her future husband, Antony Armstrong-Jones. He was a photographer who had photographed many society weddings, some of which Margaret had attended. He was charming and exciting, and Margaret was hooked. Their engagement was announced in February 1960 to the surprise of many. It was the first time in 400 years that an non-aristocrat had married a member of the royal family.  This was looked down upon by those from European royal houses, horrified that a daughter of a King would marry a photographer. The wedding in May 1960 at Westminster Abbey was the first royal wedding to be televised. 20 million people watched the glamorous young couple wed. 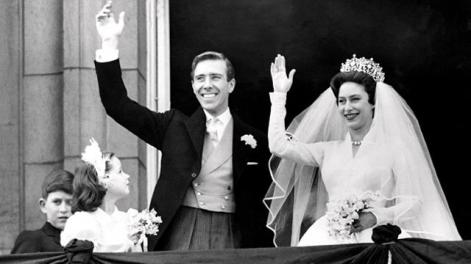 Antony was given the title of Earl of Snowdon, and they had two children, David, Viscount Linley and Lady Sarah. They attended many functions and events together, however rumours of affairs led to the breakdown and eventual divorce of the couple. By the mid 1970s Margaret was spending much of her time at her home on the Island of Mustique. In 1976 a photo hit the headline of Margaret with Roddy Llewellyn, who was 16 years younger than her. She was tarnished as a predatory older woman and it raised questions about the future of the monarchy and whether the public should be supporting Margaret’s extravagant life style.

Princess Margaret’s health deteriorated in the 1980s. A heavy smoker for over 30 years, she had a similar operation to her father, involving part of her lung removed. Despite giving up smoking, she still continued the drink heavily. By the late 1990s she was immobile, needing assistance to move and further illness was to follow after a stroke. She died in February 2002 at the age of 71 and was cremated. Her ashes were placed in the tomb with her father (and two months later her mother) in St George’s Chapel at Windsor.