Princess Louise was born at Buckingham Palace, the fourth daughter and sixth child of Queen Victoria and Prince Albert. She was Christened Louisa Caroline Alberta, however was always known as Louise. As a child she began to show an artistic flair which blossomed as she got older. When Louise was only 13-years-old Prince Albert died suddenly. His death was a shock to the whole family, particularly the Queen, who withdrew from public life. Louise was upset by her father’s passing but eventually grew tired of her mother’s mourning. In March 1865, Louise requested the ballroom be reopened for her 17th birthday, which had been regularly used for debutante balls prior to Albert’s death. This request was refused by the Queen. Louise grew tired of court life and role as her mother’s companion and secretary.

By 1866 plans were forming to find Louise a suitable husband. Many suitors were considered, however, Louise had a determined and rebellious streak, and took matters into her own hands. She went against her family’s views that royalty must marry fellow royalty, and chose a commoner, John Campbell heir to the Dukedom of Argyll. Several members of the royal family disagreed with this match. Yet the Queen gave approval owing to him providing ‘new blood’ as much of Europe’s royalty were related. The couple were wed in March 1871 at St George’s Chapel at Windsor Castle. Louise designed her Wedding dress, covered with Honiton lace and was accompanied down the aisle with her mother and older brothers.

In 1878 the Prime Minister Benjamin Disraeli appointed Campbell as Canada’s Governor General. They moved to Ottawa in November and resided at the Rideau Hall, the official residence of the Queen in the city. Louise was unhappy in Canada. Her husband’s new position meant he out ranked her and she became very homesick.  Only one month into their arrival, devastating news reached the Princess that her sister, Alice, Grand Duchess of Hesse, had died. Despite her initial feelings of misgiving to the country, she made the most of her position.  Along with Campbell, Louise founded the Royal Canadian Academy of Arts and served as the patron to several charities including the Ladies’ Education Association and the Woman’s Protective Immigration Society. She was very much a feminist of her time, and demonstrated this further in her later life. While living in Canada, Louise and her husband were involved in a dangerous sleigh accident. Louise was knocked unconscious and sustained injuries to her ear, however made a full recovery. The details of the incident were played down in correspondences to the Queen.

Louise and Campbell return to London in 1883 and resided at Kensington Palace. Campbell resumed his prior political career and the two grew distant. It was during this time many rumours circulated the he was in fact gay, and therefore she was conducting affairs with prominent members of society including politicians and military men. These rumours did not bother the Princess who had always been unconventional. She further pursued her feminist beliefs and communicated with key suffragists including Elizabeth Garrett. After her mother’s death she dedicated much of her time to art and sculpture which she had always enjoyed. Campbell died in 1914 and Louise mourned his death despite their distance in later years. Louise lived to 91, dying in 1939. Her funeral was a simple affair owing to the war. She was buried at Windsor. 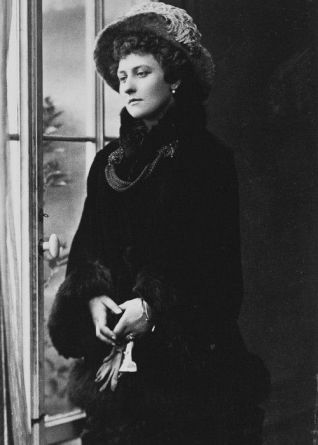 Despite being the only one of Queen Victoria’s children to not have any children, her legacy remains apparent, particularly in Canada. The province of Alberta was named after her and includes a Lake Louise.