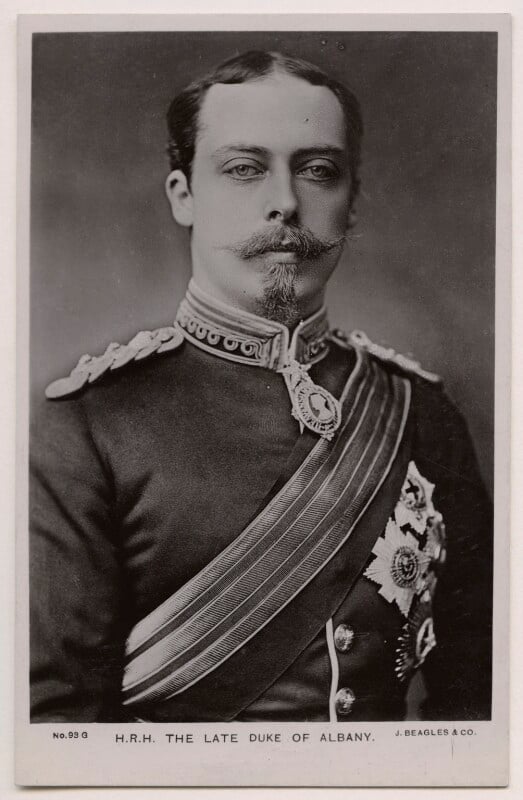 Prince Leopold was born at Buckingham Palace on 7th April. He was the youngest son of Queen Victoria and Prince Albert and named after the mutual Uncle, King Leopold I of Belgium. Yet despite being the second youngest child he was at the youngest age when he died. Sadly Leopold had inherited haemophilia which is a genetic disorder that prevents the body’s ability to make blood clots, and therefor prevents excessive bleeding or haemorrhaging. His life was therefore dictated by this disease as treatment was limited. 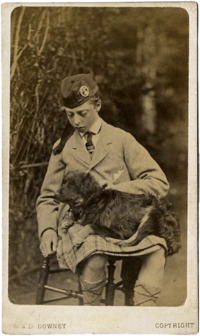 As a child, he showed sign of great intelligence which led to him studying at Christ Church, Oxford University in his teens. While at University Leopold became the President of the Chess Club. He left Oxford in 1876 will an honorary doctorate in Civil Law. Leopold desperately wanted to join the military as a boy, but his illness meant this was impossible, however he was given an figurative role as Colonel-in Chief of the Seaforth Highlands. In 1881 he was given the title Duke of Albany.

Leopold had the opportunity to travel after graduating and visited much of Europe and then stayed with his sister Louise in Canada. He enjoyed the freedom away from his worrying mother. Queen Victoria, potentially due to her guilt having inflicted her son with the family disease, hoped to keep her youngest son at home with her. He initially complied with her wishes and helped her with her correspondences, but eventually realised that marriage would be his only option for independence.

Finding a wife was a challenge owing to his illness and he asked several different women before Princess Helena Friederike agreed. They were wed in April 1882 at St George’s Chapel at Windsor. They had a happy marriage although it was tragically short. Helena gave birth to a daughter named Alice in 1883 and a son Charles Edward was born in July 1884 however Leopold died shortly before his birth.

Leopold died on 28th March 1884 in Cannes. He temporarily moved to the city during to provide some relief from the harsh English weather. Haemophilia provided many difficult symptoms, and one of the worst was severe joint pain.

The warmer French climate was to help however while at his home Leopold slip and fell, hitting his head which caused a cerebral haemorrhage. He was buried in the Albert Memorial at Windsor. Leopold was the second of Queen Victoria’s children to die after Princess Alice in 1878. Like Princess Alice with her daughter Alix, Leopold passed the haemophilia gene to his daughter Alice. The disease is carried by women but affects men. Alice passed the disease to her son Rupert who sadly died in car crash in France at the age of 20.