Daughter of Tsar Nicolas II and Alexandra of Hesse

The youngest daughter to the last Tsar and Tsarina of Russia, Anastasia was born at a pivotal time in Russian history. Despite the opulence and splendor experienced in the royal courts, Russia at the turn of the century was experiencing a great shift in social structure. This movement from the serfs in the country would ultimately lead to revolution and Anastasia’s death only 17 years after her birth. Much fascination has surrounded the Grand Duchess’ life and death owing to the rumours and pretenders that she had in fact, escaped. Nevertheless, this was proved to be untrue and her demise along with her four siblings and parents has been regarded as a horrendous tragedy of birth.

As the fourth daughter born to parents that greatly desired a son, Anastasia’s birth was disappointing. As Queen Victoria, Anastasia’s great-grandmother stated in a letter to her granddaughter Alix at the birth of her second daughter Tatiana, that she felt sympathy for her enduring another disappointing birth, but next time it would be a boy. This wasn’t to be the case in Victoria’s lifetime, and by the fourth daughter it would seem unlikely for a son. However, the youngest princess would never feel less important because of her gender. A brother, Alexei did in fact follow three years after her birth and did receive a lot of attention, however this was due to the poor prince having inherited the family illness of hemophilia.

Sadly, history has memorialised the four daughters as almost one person, owing to their lives being cut short so early before they had a chance to establish themselves. This is in some ways surprising as there is such a vast amount of information available on each of the girls, more so than many of their contemporaries. Much of this was due to the Tsar’s own hands on parenting, very different to his own upbringing and his love of photography. Many famously known photos of the Romanov children were taken by the Tsar. In addition to photographs and cine-film, there are many first hand accounts by those that knew the children. The girl’s governess, Margaretta Eagar described each of the princesses personalities and how different they were. Anastasia was the most vivacious and cheeky. Despite being bright and capable the young duchess was not interested in academia and the confines of the school room. The outdoors was her favourite place and she loved acting and was an excellent mimic.

Alexei’s hemophilia was not the families only health battle, each of the daughters had their own aliments though not as severe as Alexei. All the girls suffered with measles which was a slow recovery for Anastasia. She also had muscle problems which affected her ability to move.  The Tsarina worried about her children’s health and felt a huge amount of guilt at Alexei’s condition owing to being the carrier of the disease from her grandmother’s side. She relied heavily on the advice and prayer of Rasputin, a self described ‘holy man’, whom helped alleviate the children’ suffering. Yet this was a dangerous move for the unpopular Tsarina. With the outbreak of the First World War, revolution was fast approaching. In February 1917 the family were place under house arrest and the following month Tsar Nicholas abdicated. The family were then forced to move to a ‘safe house’ in Yekaterinburg.

Despite the the poor conditions while in captivity, Anastasia maintained high spirits, performing plays with her sisters for the amusement of her parents. However, with the end of the war came anarchy to Russia. The Bolshevik’s had gained power and knew that the royal family needed removing. In the early hours of the 17th July 1918, the family were awoken and told to dress as they were being moved to a safer house. The Tsar and Tsarina along with their children and several of their maids were taken down to the basement. A firing squad was brought in and the family was informed of their impending death. Nicholas’ last words were an expression of shock and panic before he was instantly killed. Each of the executions, despite having exact orders on who to kill, wanted to be the one to kill the Tsar, so his death was the quickest. The rest of the family were not so lucky. It is believed that Anastasia and Maria were the last to die owing to having their jewels sewn into their dresses causing the bullets to bounce off. Their final demise came in the form of the bayonet.

Owing to the lack of evidence with no body’s found, rumours circulated that some members of the royal family had actually escaped. This was encouraged by pretenders, the most famous of which was Anna Anderson, who claimed to be Anastasia in the 1920s. She fought a length legal battle however after her death in 1984 it was concluded that she was indeed an impostor. After the fall of the Soviet Union in 1991, the bodies of the family were found. In 2007 DNA evidence proved that all of the members of the royal family had died in 1918. Despite this knowledge Anastasia’s life and rumoured survival has created many stories and films. The most famous is Fox’s 1997 animated film which is now a hit Broadway musical. 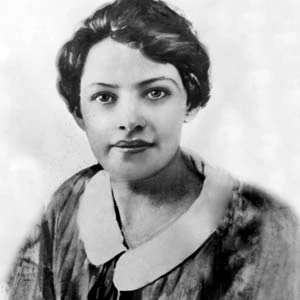 In 1998, exactly 80 years after the execution, the bodies were laid to rest in Peter and Paul Cathedral. In 2000 the royal family were canonized as Saints by the Russian Orthodox Church.

To read about Anastasia’s Aunt who was also canonized, click here.