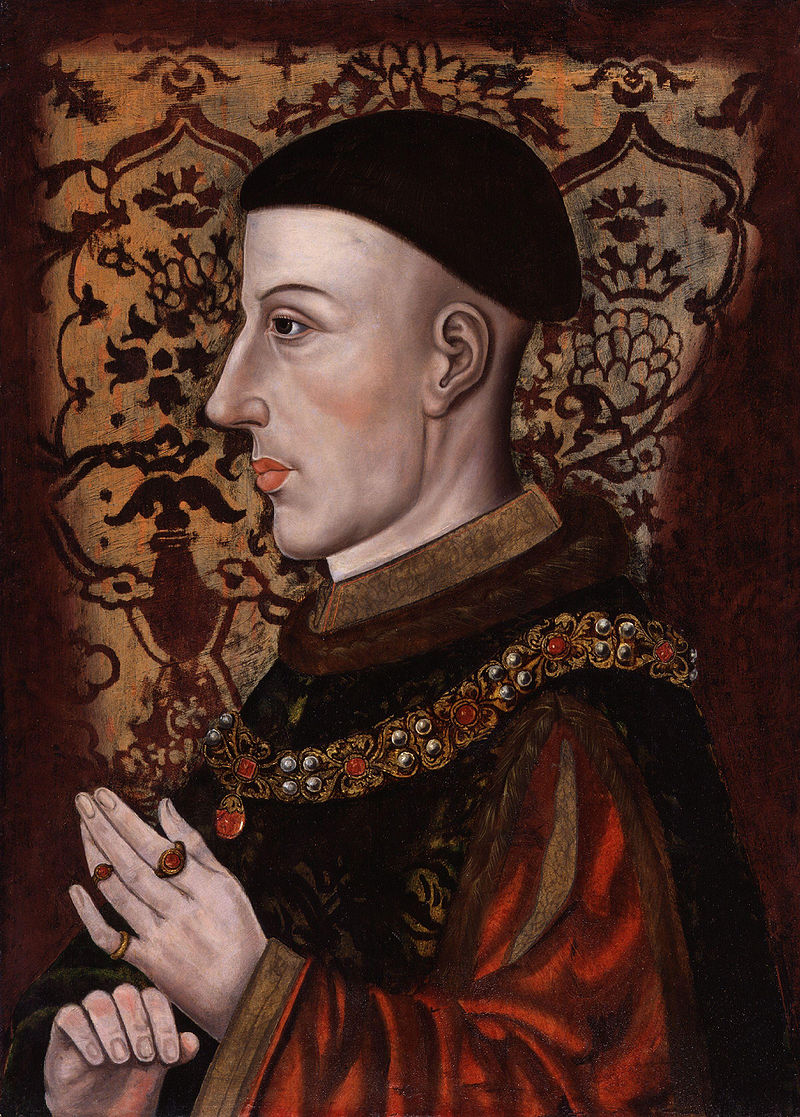 The King made famous by Shakespeare, Henry V is world renowned as a Warrior King, who defeated the French and brought glory to England. He was the medieval king many looked up to, including Henry VIII, who was known to have modeled his own war plans on Henry’s successes in France. Nevertheless his reign was cut short by illness and left a baby as the next King.

Henry was born in Monmouth Castle in Wales in 1387. His father, Henry Bolingbroke was a son of John of Gaunt who was an influential figure in England owing to being a great military leader, a land owner and a son of Edward III. At the age of 12, Henry V was created Prince of Wales when his father became king in 1399. It was in 1403 that young Henry showed his natural ability in battle of Shrewsbury, however he did gain a noticeable scar across his face from an enemy arrow.

In March 1413 Henry IV died and Henry ascended the throne. He was crowned in Westminster Abbey in the April. It was during his reign that the English language was more commonly used, particularly with in government. England became stable during his reign which meant he was able to focus on foreign affairs. His most famous war, the Battle of Agincourt was one of England’s greatest victories in history. The success was unexpected, owing to England’s smaller army and the French’s more recent battle triumphs making them appear superior.

Henry arrived back in England a hero, legend states he was carried from his ship in the sea onto the beaches at Dover by the vast crowds who had come to see the triumphant king return. He did not return alone, but brought with his new bride, a French Princess Catherine of Valois. This was a love match, but also gave Henry a decent dowry. They were married in France in June 1420, and Catherine was crowned Queen in February the following year.

Always a warrior King, Henry returned to battle in June 1421 while Catherine waited at home, pregnant. She gave birth to a son, aptly named Henry in December. Sadly Henry V never saw his son, as he died of dysentery in August 1422. He is buried in Westminster Abbey.