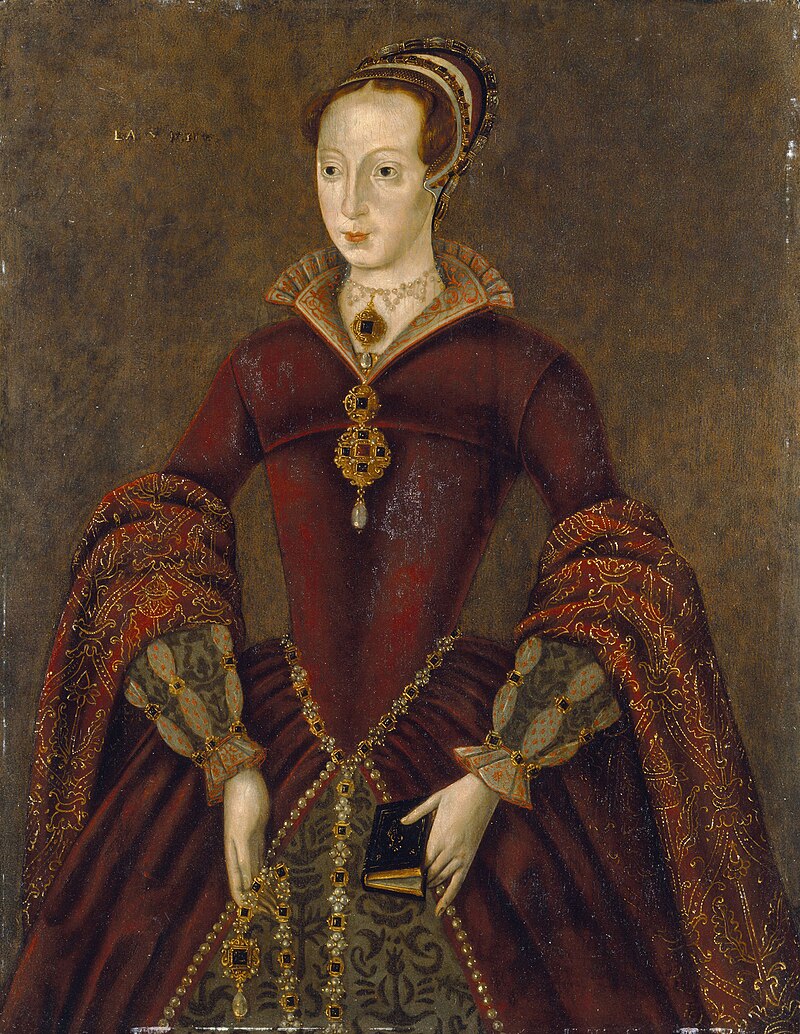 Lady Jane Grey has gone down in history as the shortest reigning monarch. No, not in height but in ‘days as the monarch’. She was Queen for merely nine days. The events that surround this and why she even became Queen are fascinating.

As a great-granddaughter of Henry VII, Jane did have royal blood as such. Her claim was through her mother, Frances who was a daughter of Henry VIII’s youngest sister Mary. This was not a strong claim, as Henry VIII had three children, so the likelihood of Jane ever becoming Queen was unthought of. However on Henry VIII’s death in 1547, his son Edward became King. Unfortunately Edward, who was only nine-years-old when he became King was in poor health which did not improve during his reign. He died at the age of 15 and with no children of his own.

Edward’s intention for his succession was to maintain protestant Kings of England. He was surrounded by staunchly protestant advisors the main one being the Duke of Northumberland, who happened to be Lady Jane Grey’s father-in-law. Henry had proclaimed both his daughter’s Mary and Elizabeth as illegitimate however had included them in his line of succession after Edward. This was assuming that Edward would marry and have heirs so that Mary and Elizabeth would not be needed. Edward’s concern’s over his sister’s as Queens was not just for religious reason, although this was a major issue with Mary who was staunchly Catholic. However the main issue was that there had never been a self-ruling Queen of England. Edward’s decision for Jane as his heir was therefore not his first decision, but an early draft of Edward’s will states ‘Jane’s heirs male’ which was emended to include her once Edward realised his health was in decline and she had not yet had children.

Jane sadly, was unaware of any of the plans for her to become Queen which only came into place mere days after Edward had died. She was officially proclaimed Queen on the 10th July 1553, however the reception was not positive. For a start it was known she was the daughter-in-law of Northumberland who was instigating Jane as Queen. The marriage of his son Guildford Dudley to Jane only two months before Edward’s death was seen as Northumberland trying to take power for himself. In addition many senior members of the royal court could not understand how this unknown girl had the right to be Queen over a living sister of the King. Mary herself was not prepared to lose her rightful throne and had gathered popular support in East Anglia.

Northumberland underestimated Mary and had failed to consolidate Jane’s position as Queen. The Privy Council switched allegiance and proclaimed Mary Queen on the 19th July 1553, which is why Jane is the nine-days Queen. Jane was imprisoned along with her husband. Northumberland was executed and Mary was declared the rightful successor in September 1553. Jane and Dudley were charged with high treason and tried in November. They were both found guilty and executed on the 12th February 1554.