Thomas Becket was the Archbishop of Canterbury when he was murdered inside Canterbury Cathedral in 1170.

He was born in London in 1120 to wealthy parents as his father was a successful merchant. This meant he received a good education at Merton Priory, before he went to Paris to further study. Through his father’s connections he gained work with Theobald of Bec in 1141 who was the Archbishop of Canterbury. Theobald trusted Becket and provided him with important religious missions to Rome and made provisions for him to study Cannon Law in Bologna. In 1154, Becket was made Archdeacon of Canterbury which was a significant position. He was very efficient at administration which led Theobald to recommend him to the King to fill the vacant position of Lord Chancellor. Henry II agreed to this and was impressed by Becket’s work.

In 1161, Theobald died and Becket was made Archbishop of Canterbury by Theobald’s nomination. Issues began to arise due to King Henry believing that Becket would prioritize the Crown ahead of the Church, however Becket – resigning as Lord Chancellor, made it his mission to recover the rights of the Archbishopric, which led the King to isolate Becket from the other Bishops. The King wanted to gain the Royal rights over the Church, however Becket refused to sign the official documents which were called the Constitutions of Clarendon. Becket was accused of contempt of royal authority and was summoned to a council in 1164. He was found guilty and fled to France.

In 1170 he was allowed to return to England, however prior to return, Henry the young King, son of Henry II was crowned by the Archbishop of York, the Bishop of London and the Bishop of Salisbury which went against the role of Archbishop of Canterbury’s right to the Coronation. Becket subsequently excommunicated all three and they fled to Normandy. On hearing about this King Henry supposedly said to his trusted Knights, ‘Who will rid me of this troublesome Priest’. This was taken as an order for Becket’s murder.

On the evening of 29th December, four Knights arrived at Canterbury Cathedral. They approached Becket who was near the alter and demanded he submit to the King’s will. Becket refused and was subsequently killed by several sword wounds to the head. Shortly after his death, Thomas Becket was canonized as Saint by Pope Alexander III in February 1173.

A shrine to Thomas Becket is present in the Cathedral to this day in the form of a single candle, always burning, at the spot where he died. 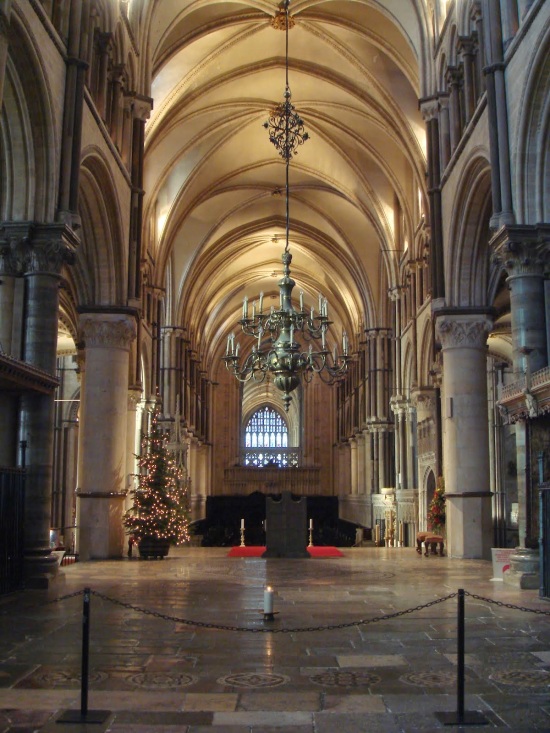