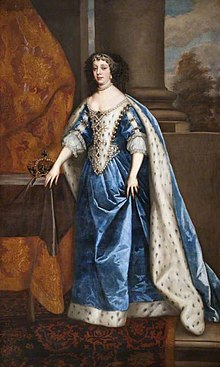 Buried: Pantheon of the House of Braganza

For all the Queen Consorts called Catherine, Catherine of Braganza is possibly the least well known or remembered. This may have been sadly due to the fact she could not have children and therefore her direct influence in English history was ended at her death. Four Queen Catherine’s had come before her, three of which had rather horrific demises, including dying alone in exile (Katherine of Aragon), dying in childbirth (Catherine of Valois) and dying on the chopping block (Catherine Howard). In comparison, Catherine of Braganza’s life as Queen of England was better, however she did not have an easy life.

Catherine was born at Vila Viçosa near Lisbon and was the third child of the Duke of Braganza who would become the King of Portugal after the Portuguese Restoration War of 1640. Catherine’s childhood was spent mostly in a convent very near the family home. Her lifestyle was very much sheltered with her only expectation in life being to marry well. Marriages were vital for European royalty to gain alliances with other, often more powerful nations. For England, the restoration of Charles II in 1660 brought much excitement to the people after the depressing Commonwealth of Oliver Cromwell. Charles was lacking funds and Catherine had plenty, their marriage agreement included Tangier, Bombay and free trading in Portugal’s expansive Empire. In return England was obliged to offer military and naval support if Portugal require it.

On the 14th May 1662, Catherine arrived in England, docking in Portsmouth. Charles met her for the first time on the 20th and the following day they were wed in a quiet Catholic ceremony followed by a public Anglican ceremony. On meeting Catherine, Charles later commented that she was ‘not exactly a beauty’ but liked her eyes and felt she would make a suitable wife. For Catherine, she was pleased with Charles however affronted by his choice of indulging many mistresses, which was something he would not change. Catherine graciously accepted this, which in return bought her protection and respect from the king, even when influential advisers told him he should divorce her owing to her being barren.

The notion of Catherine being ‘barren’ has been debated by historians as Catherine was able to become pregnant, however endured several tragic miscarriages. Charles’ mistresses provided him with an estimated 14 illegitimate children, Barbara Villiers one of his favourite mistresses, was waiting for the birth of hers and Charles’ second child when Catherine arrived at the royal court, newly-wed in 1662. Catherine’s lack of providing an heir was fuel for her opponents to encourage the king’s disapproval. Lucky for Catherine, Charles ignored this however sadly she had many opponents mainly owing to her being Catholic. This was the reason for her not having a coronation, one thing she had in common with two of the previous Queen Catherine’s.

Catherine made the difficult role of consort a success. She was patient and dignified in dealing with Charles’ mistresses which gained her respect. Her role as Queen consort is mainly highlighted by the difficulties Charles’ reign endured owing to the issue of religion. The Test Act of 1673 had removed all Catholics from public offices and the anti Catholic sentiments only increased. Catherine endured this and the Popish Plot of 1678 with the protection of her husband, however after his death in 1685, she found life in England difficult. She managed seven years alone in England at Somerset House before returning to Portugal where she spent her remaining years.

Catherine’s legacy has often been thought of as merely bringing tea drinking to England. She most definitely did popularise it as it had not been a common drink at all prior to her arrival. Her marriage to Charles has been argued as loveless owing to the many other women in his life, however the care and respect shown between the pair at their most vulnerable moments must surely be love. In 1663, Catherine became very ill and while in the depths of fever she believed she and Charles had children. The king, who had refused to leave her side consoled her, agreeing that they had children and only left her once he knew she would recover. On Charles’s death bed he requested Catherine visit him, as she had been reluctant owing to her concern that she had disappointed him as a wife. Charles adamantly disagreed with this, begging her for her pardon, fearing that he had offended her during their marriage.

Catherine is buried in the Pantheon of the House of Braganza at the Monastery of St. Vincent in 1705.