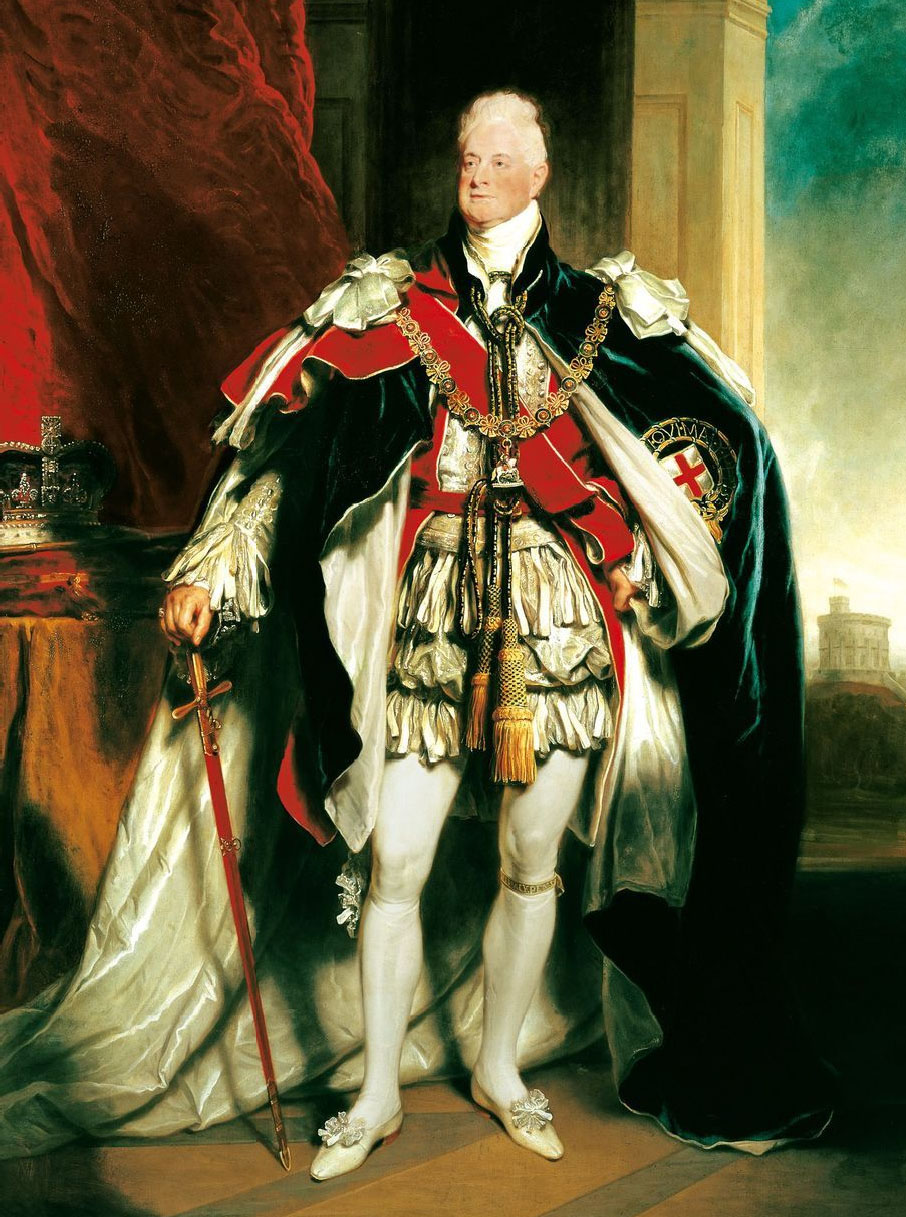 Son of George III and Queen Charlotte of Mecklenburg-Strelitz

William was the third son of George III and therefore not expected to be king one day. His eldest brother, George became king in 1820 upon the death of their father. During his reign their brother Frederick died of dropsy which made William heir. His reign was only seven years and in many ways has been overshadowed by his successor, Victoria who’s reign brought Britain into the 20th century. Nevertheless, William’s reign saw important constitutional changes to the electoral system as well as social reforms which have shaped Britain today.

The four George’s were not very popular. The madness of George III had caused constitutional concerns in Britain and his eldest son the Prince Regent who subsequently became George IV was widely disliked owing to his rude behaviour. William was a refreshing change. Having grown up in the Navy and living the majority of his life not expecting to be King, William came to the throne without any of the airs and graces associated with past monarchs. His coronation in September 1831 was a very simple affair, costing only £30,000 compared to his brothers £240,000 extravagant event ten years earlier. William’s lifestyle was low key, he even refused to live in Buckingham Palace and tried to pass it to the Army to use as barracks.

William’s early actions as King imply that he was not a bothered monarch, however this was not the case. The Duke of Wellington, the current Prime Minister when William ascended the throne, stated that he had ‘done more business with the king in 10 minutes than he had done with his brother George in as many days’. During William’s reign many key political changes were made including the initial acts towards abolishing slavery and evolving the way in which government operated. The Great Reform Act of 1832 uniformed the nations constituencies to make voting fairer.

Despite William’s attempts at being a competent ruler, he did have his prejudices, in particular to the french. This stemmed from his time in the navy and even after he had retired from active service in 1790, he wanted to return purely to fight against the French in the revolutionary wars. During his time in the navy he served as a midshipman in the American Wars of Independence. He was the only member of the British royal family to see America with the Union Flag still flying. The loss of the American colonies caused bitter disappointment for George III and made relations with American very difficult. William had a knack for flattery and made such considerate and complementary comments to an American Ambassador that it repaired their relations.

There were many highs of William’s short reign however there was one major low for him, which was producing his own heir. Prior to becoming king, William had lived a fairly quiet life with an Irish actress called Dorothea Jordan whom he had seen performing in Dury Lane. They had ten illegitimate children all of who William acknowledged. However an actress was not a suitable wife for a future monarch and by 1817, it became possible that William would be King. The race was on to find a bride and produce an heir. Princess Adelaide of Saxe-Meiningen was considered suitable and the pair were wed in July 1818. She was 27-years younger than him and therefore children were expected. Sadly the few children they had died at birth or when only a few months old. Princess Victoria, the daughter of William’s deceased younger brother Edward was acknowledged as his heir.

William was not a fan of Princess Victoria’s mother the Duchess of Kent. She was very controlling to her daughter and along with her dominating advisor John Conroy who were keen for William to die before Victoria was 18, meaning that the Duchess would be regent. William was quoted as saying in 1836 that he hoped to live long enough so that the crown would go to ‘that young lady, heiress presumptive to the Crown, and not in the hands of a person now near me, who is surrounded by evil advisers and is herself incompetent to act with propriety in the situation in which she would be placed’. William’s desire was granted and his died a month after Victoria’s 18th birthday. He was 71 years old. On the 8th July 1837 he was buried in Windsor Castle.