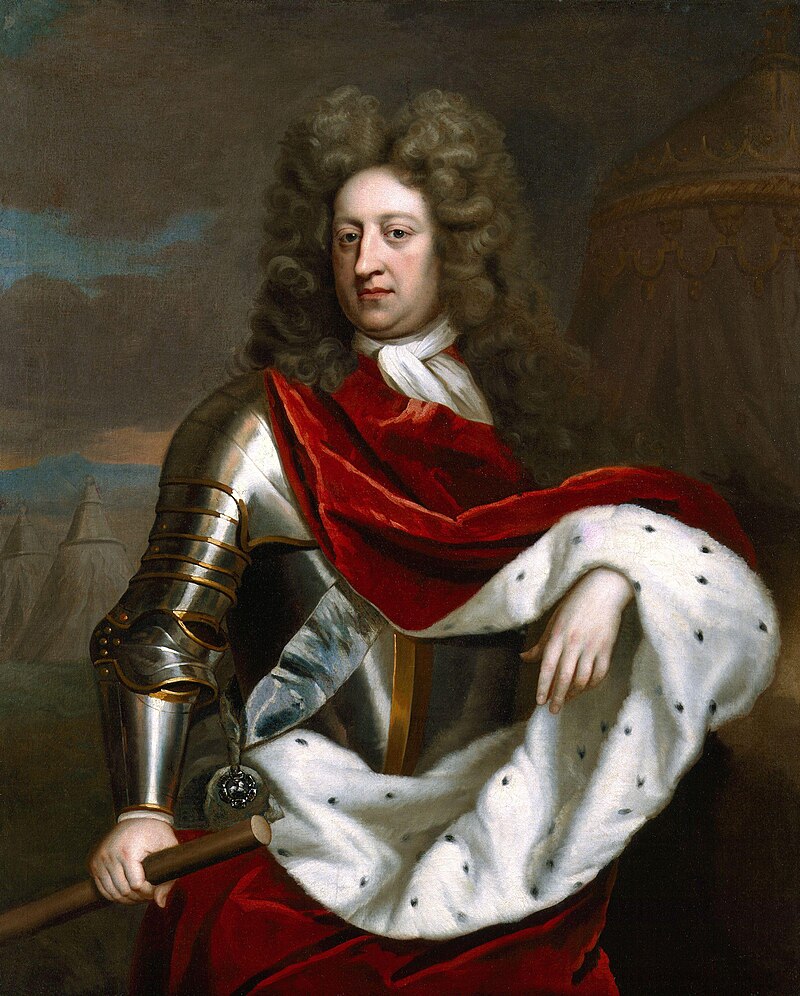 Full name:  George of Denmark and Norway, Duke of Cumberland

George is not well known in British history, despite the fact that his wife was Queen. They were married for 25 years and had seventeen children. Sadly none survived childhood. Despite their marriage being arranged, it was loving and his death in 1708 devastated Anne. George may not have helped produced an heir to the British throne, however he still made a mark on British history.

Born in Copenhagen, George was the son of the King of Denmark and Norway. His mother was part of the royal house of Hanover which meant he was related to a large amount of European royalty. As the youngest son he was destined to join the military, and after he completed his training he toured Europe throughout 1668. By the mid 1670s George was a candidate for the Polish elective throne, however his staunchly Lutheran views prevented him in Roman Catholic Poland. The fact that he was protestant was a main reason that he married Anne. At the time her Uncle Charles was on the throne, and knew only too well how much trouble religion could cause.

George and Anne were married on 28 July 1683 in the Chapel Royal at St James’ Palace in London. They set up home in apartments in the Palace of Whitehall. Shortly after marriage, Anne became pregnant however their baby girl was still born. Two more daughters were born in 1686 and 1687 but a small pox outbreak hit the family, with George recovering but not the girls. George had been created Duke of Cumberland in 1683 but he was reluctant to be part of English politics. He craved a simple life, and that he received when his wife’s elder sister Mary jointly ascended the throne with her husband in 1689. Mary’s husband William of Orange was Dutch and owing to wars with Denmark, did not like George. Despite his Military background, William excluded him from a role.

Essentially George had little to do until his wife became Queen in 1702. Anne create George Lord High Admiral in May 1702, however this title was merely a formality and the actual running of the navy was given to more experienced seamen. This suited George who was happy to take a minor role next to his wife, an unusual trait in men at the time.

George had suffered with his health for many years, enduring painful bouts of dropsy and chronic asthma. In 1706 he became seriously ill but did appear to recover. Nevertheless over the next year his health deteriorated and he made very few public appearances.  He died at Kensington Palace in October 1708 at the age of 55. Queen Anne was distraught. George’s legacy is minor in British royal history. Much of this is owing to tragic fact that as the consort to the monarch, the main role is to produce a surviving heir, which for George did not happen. However, he was the first successful Prince Consort’s to a monarch. The role of which was not required for more than a century until Prince Albert in 1840. During Anne’s coronation he paid homage to her, something not repeated until Prince Philip did so at our current Queen’s coronation in 1953.